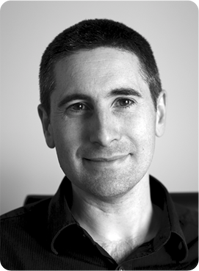 Born in Hertfordshire in 1977, I began learning the piano aged five and the cello aged eleven. At thirteen I took up composition lessons on Saturdays at the London College of Music, Junior School, where my teachers were Alan Mills and later Martin Vishnick. Three years there were followed by two years at the Junior Academy of the Royal Academy of Music, where I was tutored in composition by Adam Gorb and in conducting by Peter Stark.

I passed ABRSM Grade 8 Piano and Theory, both with Distinction, aged 16, and Grade 7 Cello with Merit, aged 17. Other successes included reaching the final of the BBC/Lloyds Bank Young Composers Competition in 1993 for my Chamber Symphony, which was performed by the London Sinfonietta, conducted by Martyn Brabbins. In 1995 I won the younger category of the Fast Forward composition competition held at the Royal College of Music, for two songs for baritone and piano, adjudicated by (among others) Julian Anderson.

Through my teens and early twenties composition remained my principal focus. I gained a BA (Hons) in Music (First Class) from the University of York in 1998 where I had several pieces performed by fellow students and professionals. A year at the Guildhall School of Music & Drama ensued, studying for a MMus in Composition with Simon Bainbridge, supported by a scholarship from the Ralph Vaughan Williams Trust. This culminated in winning the School’s main composition award, the Lutoslawski Prize, adjudicated by Alexander Goehr, for a piece for string quartet.

Around the time of my MMus I began teaching piano at two schools, including accompanying and coaching students for their A-Level examination recitals. I also directed a small choir at one of the schools.

It was in music publishing, however, that I had ambitions, and in 2000 I was able to find employment at Stainer & Bell, a long-established and highly respected family firm. As part of a small workforce I was asked to fulfil a wide variety of tasks, and over the next twelve years acquired skills in a number of disciplines. In the capacity of Sales Manager I processed orders and attended to enquiries from retail and trade customers all over the world. I also produced print-on-demand publications and performed other accounting and warehouse duties. At the same time I worked as a music engraver, editor and proofreader on countless titles across many genres.

In 2003 I undertook my first freelance engraving, editing and proofreading jobs for other publishers and this eventually led to the difficult decision in 2012 to leave Stainer & Bell and set up on my own. Today my publishing services are combined with piano and organ playing for choirs, churches, ballet exams and musical productions.